Amsterdam will campaign against the smoking and drinking tourist: ‘Stay away!’ 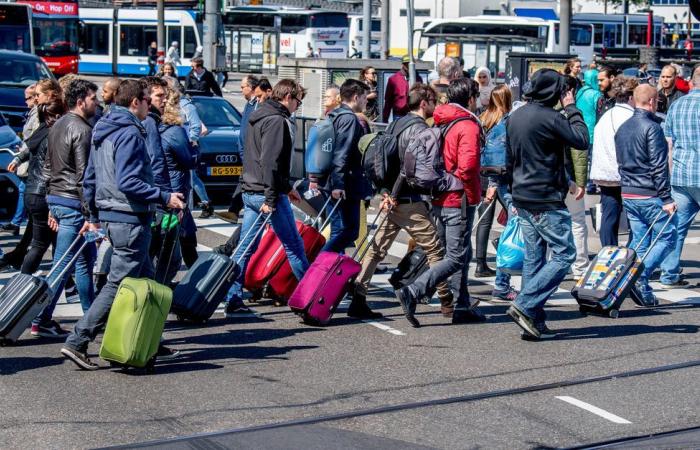 Stay away – stay out! That is the message that the Amsterdam city council has from now on for the hordes of smoking and drinking tourists who have made parts of the city center unlivable. At the beginning of next year there will be a digital discouragement campaign for foreign visitors who come to the city exclusively for drink, drugs and sex.

The campaign is part of a new package of measures against mass tourism that councilor Sofyan Mbarki (Economic Affairs, PvdA) will present this Wednesday. Where the city council has been trying to combat the crowds and nuisance in the city center for several years, now the battle is also being fought across the borders with what Mbarki calls ‘demolition tourism’: groups of British bachelors who come to Amsterdam to do everything God has forbidden.

In addition to the ‘stay away’ campaign, Mbarki is announcing a series of other measures to curb nuisance from party tourists. For example, in certain parts of the center there will be a ban on smoking weed in the street and the council wants to bring forward the closing times of catering and prostitution windows in the Red Light District at the weekend.

The measures are linked to a new vision of Amsterdam’s ‘visitor economy’. In short, this means that tourists who cause nuisance are no longer welcome. “We want visitors who contribute to the city, not visitors who detract from it,” Mbarki said in a statement. “Freedom is an important value for Amsterdam, but that value has been commercialized and exploited in recent years. We want to put a stop to that.”

Also read the interview with Amsterdam mayor Femke Halsema: ‘The city is dying due to flat tourism’

Mbarki is referring to entrepreneurs who have made a business model out of bachelor parties. Countless tour operators and intermediaries offer arrangements for stag dos in the Amsterdam city center, including a cheap flight to Schiphol. Ingredients that are offered include a visit to a sex theater in the Red Light District, a canal cruise with a stripper, oil wrestling and a pub crawl with a smurf captivated by the bachelor. Everything combined of course with unlimited drinks.

In order to combat this kind of vulgar entertainment, Mbarki also wants to ‘enter into conversation’ with Amsterdam entrepreneurs who earn good money from it in addition to the discouragement campaign, which will first be held in the United Kingdom. He is optimistic. “All entrepreneurs I have spoken to say: we also benefit from a livable city.”

Up to 18 million overnight stays

The city council supported this plan, albeit in a slightly modified form. If the limit of eighteen million overnight stays threatens to be exceeded, according to a regulation adopted by the council last summer, the Amsterdam municipal executive is obliged to take restrictive measures as quickly as possible.

According to the municipality’s latest forecasts, after a sharp dip due to the pandemic, the number of tourist overnight stays could exceed eighteen million next year. In 2019, the last year before the corona crisis, there was a record number of 22 million overnight stays in Amsterdam.

Mbarki’s package therefore includes plans to contain the tourist flow. But those measures are not very specific. For example, he wants to “investigate” whether the number of docking cruise ships (2,247 units expected in 2023, including river cruises) can be limited in the coming years. The city council will also, not for the first time, lobby in The Hague and Brussels to reduce the number of budget flights – the main source of party tourists.

Jasper van Dijk, one of the initiators of ‘Amsterdam has a choice’, is dissatisfied with Mbarki’s plans. The city council, he says in a response, “does not dare to make hard choices”. For example, Van Dijk thinks it is “a missed opportunity” that the tourist tax will not be increased significantly next year. And that while, according to him, such an increase “solves two problems at once: it reduces the number of tourists and it raises a lot of money for the city.”

A remarkable plan from the package of alderman Mbarki: he is investigating whether it is possible to introduce a reservation system for the Red Light District on Friday and Saturday evenings, using an app. Random checks should be used to check whether visitors have made reservations. This means that the previously proposed idea for entrance gates by Mayor Halsema is off the table. 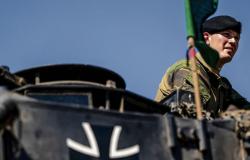