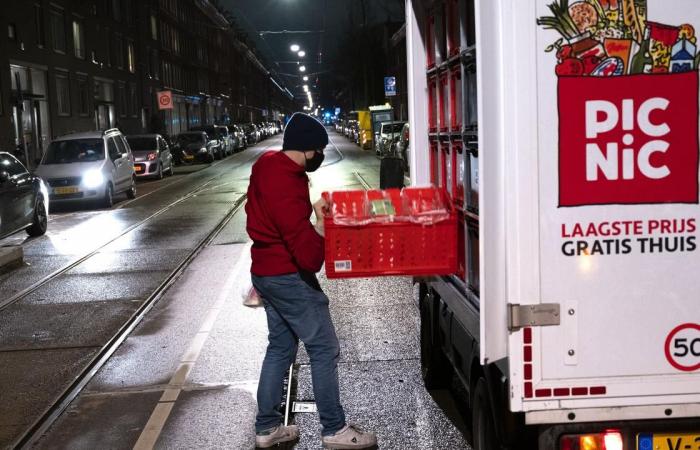 A large fire raged in a distribution center of online supermarket Picnic in Almelo on Sunday evening. The building on the Zeearend was completely on fire, reports the fire brigade. A little before 1:00 am, the fire master signal was given. However, the fire brigade will still be working on extinguishing the fire for some time.

The fire brigade arrived with several vehicles and flew a drone above the building to get a good picture of the fire. The extinguishing activities were aimed at preventing the fire from spreading to neighboring buildings.

It could be seen that a lot of smoke is released from the fire in the surrounding area. The fire brigade warned local residents to stay out of the smoke and to keep windows and doors closed. The amount of smoke has since decreased significantly. The nearby hospital was not affected by the smoke, according to the fire service.