striker had an affair with keeper’s wife 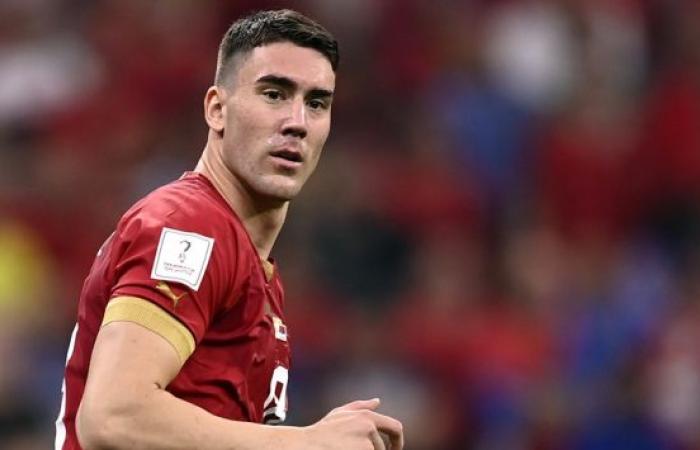 9:29 – A bizarre rumor keeps the mood in Serbia busy. It seems that there is unrest in the camp of the national team, because striker Dusan Vlahovic is said to have had an affair with the wife of reserve keeper Predrag Rajković.

That news is circulating in the Serbian media. In the television program WK Talk from ESPN came the news. Reporter Christian Wiellaert has been in contact with Serbian colleagues, who confirm that the rumor is circulating in their native country. According to them, that is the reason why Juventus striker Vlahovic is on the reserve bench this World Cup in Qatar.

Serbia calls the reason for its reserve role a lack of match rhythm, but according to the media, that is not true. However, there are doubts about the correctness of the message. “A lot of serious media doubt the story. If that happened, why would you put him on the couch and not send him home?”, says Wiellaert.

The country of Dusan Tadic cannot use the unrest in the camp, because on Friday Serbia will have the last chance to survive the group stage. Serbia currently occupies last place with only one point, but can still climb to second place against Switzerland.
Create an account at Jacks.nl and receive 5 free World Cup bets worth €10!
What does gambling cost you? Stop on time, 18+