Cabinet runs away from Baudet speech, who is not allowed to finish the contribution 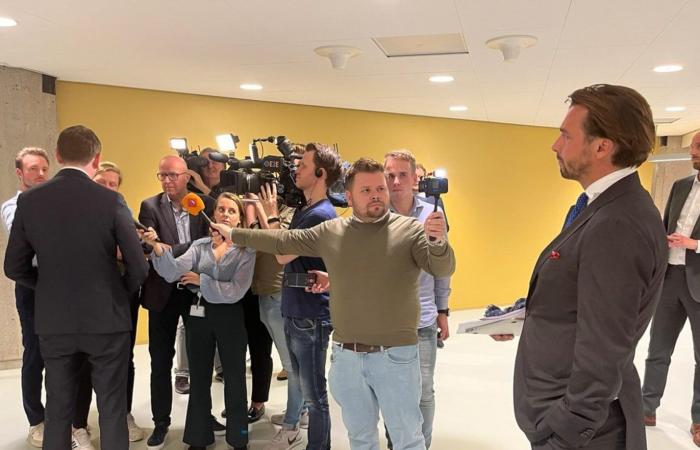 Baudet said Kaag had studied at an Oxford University college known as spy school. St Anthony’s College, Oxford, according to the Forum leader, was “little more than, in effect, a training institution for Western secret services.” After Kaag’s indignation, President of the House Vera Bergkamp intervened. When Baudet still went on about Oxford, Kaag and the rest of the cabinet resigned.

The leader of FVD said after the event that he finds it ‘absurd’ that the cabinet has run away. Baudet: “I think it hurts. That it somehow hits the mark.”

As far as we know, this has never happened before, says political reporter Fons Lambie. “When Baudet spoke his text, Sigrid Kaag became angry. She listened with disgust for a while, but after a few other ministers walked away, including Van der Burg, De Jonge and Van Rij, she also decided to get up and walk away. After some hesitation, the entire cabinet followed. Last year, Minister De Jonge turned his back to him when Baudet was speaking. But the fact that the entire cabinet leaves the room is unique.”

Baudet still had four minutes to speak, but Chamber President Bergkamp took it away from him. The Forum Leader may no longer complete his contribution. Wilders thinks this is unjustified: “Baudet did not directly accuse Kaag.” CDA, VVD, ChristenUnie, GroenLinks, PvdA support the deprivation of the word.

The SP believes it is important to say that only the President of the House can determine who speaks in the House. The government cannot do that, not even by running away. The SGP points out that the chairman has decided, and that it is according to the rules.

After a suspension, only Prime Minister Mark Rutte returned. He called Baudet’s accusations against Kaag ‘unacceptable’. The chairman then asked Baudet to take back his words. He said he didn’t intend to. “It’s absurd what’s happening here,” he said.