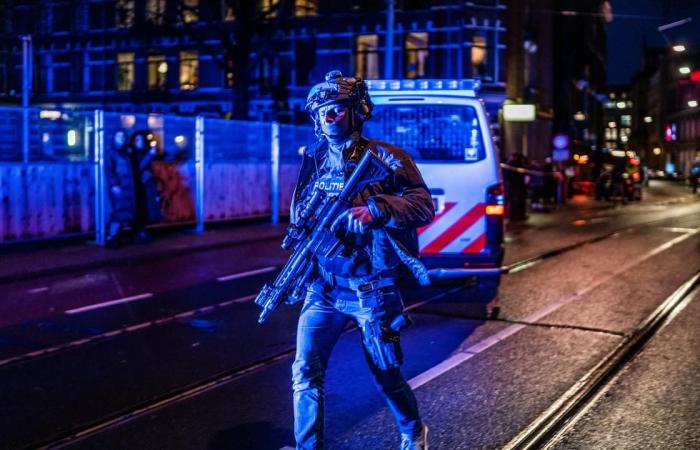 On Thursday, the municipality of Amsterdam presented the Amsterdam pin to a member of the Special Interventions Service (DSI). He received it for his performance during the hostage situation in the Apple Store last February. 23 other agents have received a Hero Pin.

“The police deployment in the hostage situation on Leidseplein was unprecedented,” said the municipality. “All officers showed courage and professionalism that evening, which ultimately allowed all hostages to leave the premises unharmed.”

A total of 23 officers received a Hero Pin. The DSI agent who ensured that the hostage situation was ended was given the Amsterdam pin. The municipality also expressed its appreciation for the other officers involved.

People receive an Amsterdam pin if they have “conducted a unique achievement for Amsterdam society”. The Heldenspeld is intended for people who have committed themselves to others in Amsterdam.

On February 22 this year, a 27-year-old man from Amsterdam broke into the Apple Store on Leidseplein and took a customer hostage. Dozens more people hid in the building for hours. The hostage-taker threatened to blow himself up and demanded 200 million euros in crypto coins. In the end, the hostage managed to escape. When the Amsterdammer was chasing him, he was hit by the police. He died a day later.

Earlier, the municipality honored five of the people who stayed in the building. They received a hero pin as a thank you for their “courage and decisiveness”.